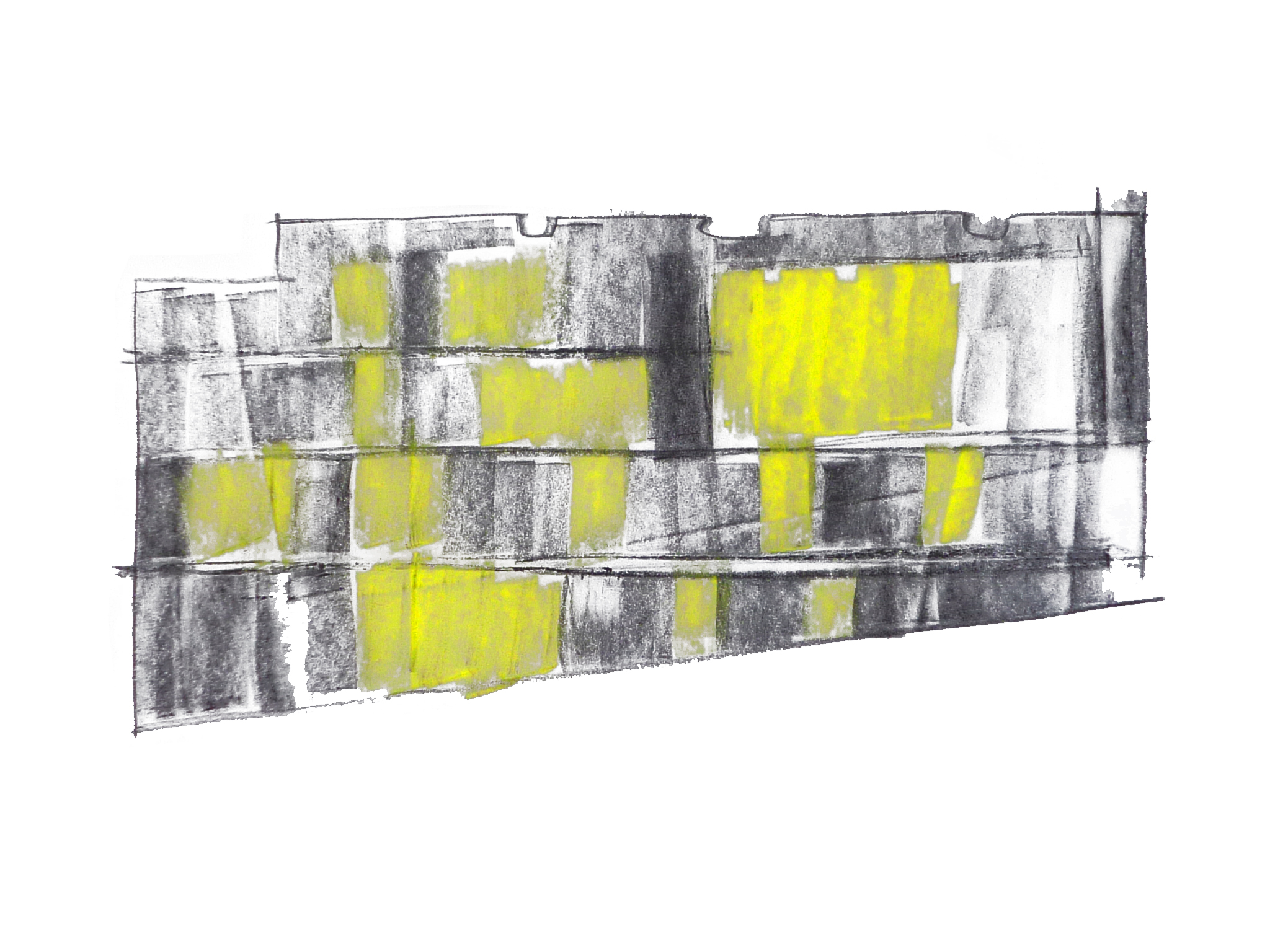 Machines in the Landscape

Designing something in a landscape as impressive as the axis of Serra do Pilar/ Muelle de Gaia, added to the understanding of the technological complexity of a cable car constituting the challenge of this intervention. The design seeks a synthesis of the requirements and technical achievements with the desire for a minimal impact of the intervention. In this regard, we investigate the dialogue between the creation of a new urban hub – axial, functional and visual – characterized by the introduction of a very strong movement in the landscape and in the settled urban fabric. This typology with a playful and functional approach, considers the local revitalization connecting the wineries of Porto and the area near the river, situated at the lower elevation, with the metro and the monastery of Serra do Pilar, located at a high elevation. This is all about a unique piece in two acts.

The high station, initially placed at the elevation of the Morro garden with the same assumptions as the base station, when moves on to be implemented on the slope, thereby forcing a complete reformulation of the concepts already established. The new building, more exposed and more visible, leads to a design inevitably marked on the landscape, which requires a constant play with the scales. This constitutes a fresh challenge to accommodate the new infrastructure with minimal impact on the landscape while responding to the complex technical and structural requirements necessary for the construction of a cable car motor station. Thus, it became a building of geometric and also structural complexity. The high station is concealed in the existing wall/buttress and is intended to have a neutral and abstract nature, without language, almost timeless. The design reconciles the orthogonality of the hamlet with the obliquity of the axis of the cable car, counter posing the monumental nature of the building on the hillside with the domestic scale of the adjacent dwellings. Access to the upper side is possible from the ramps and stars that lead to the covered viewpoint, which consolidates and completes the existing abutment wall. As a “round trip”, the enjoyment of the place is exploited as well as the views over Porto. 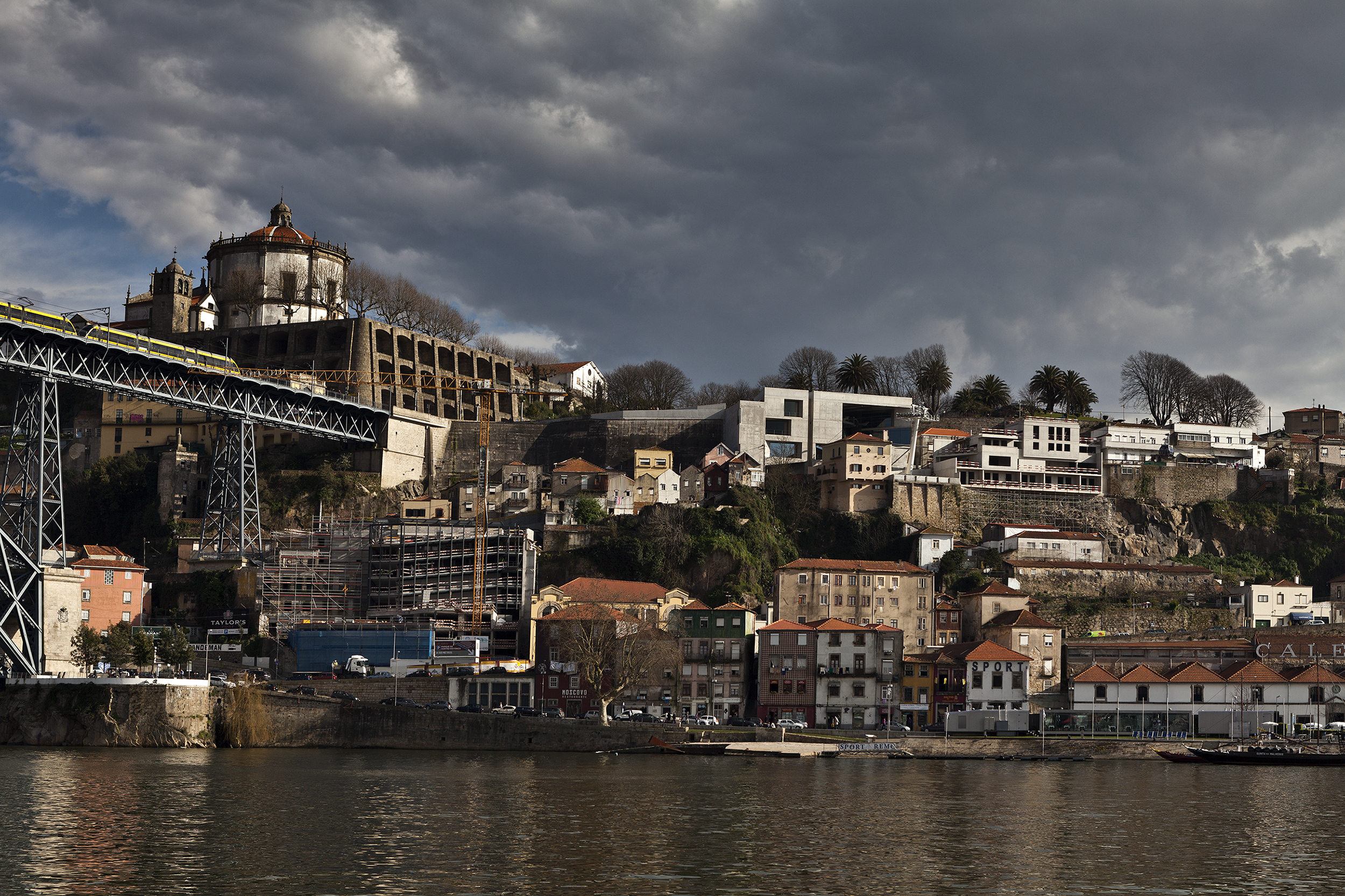 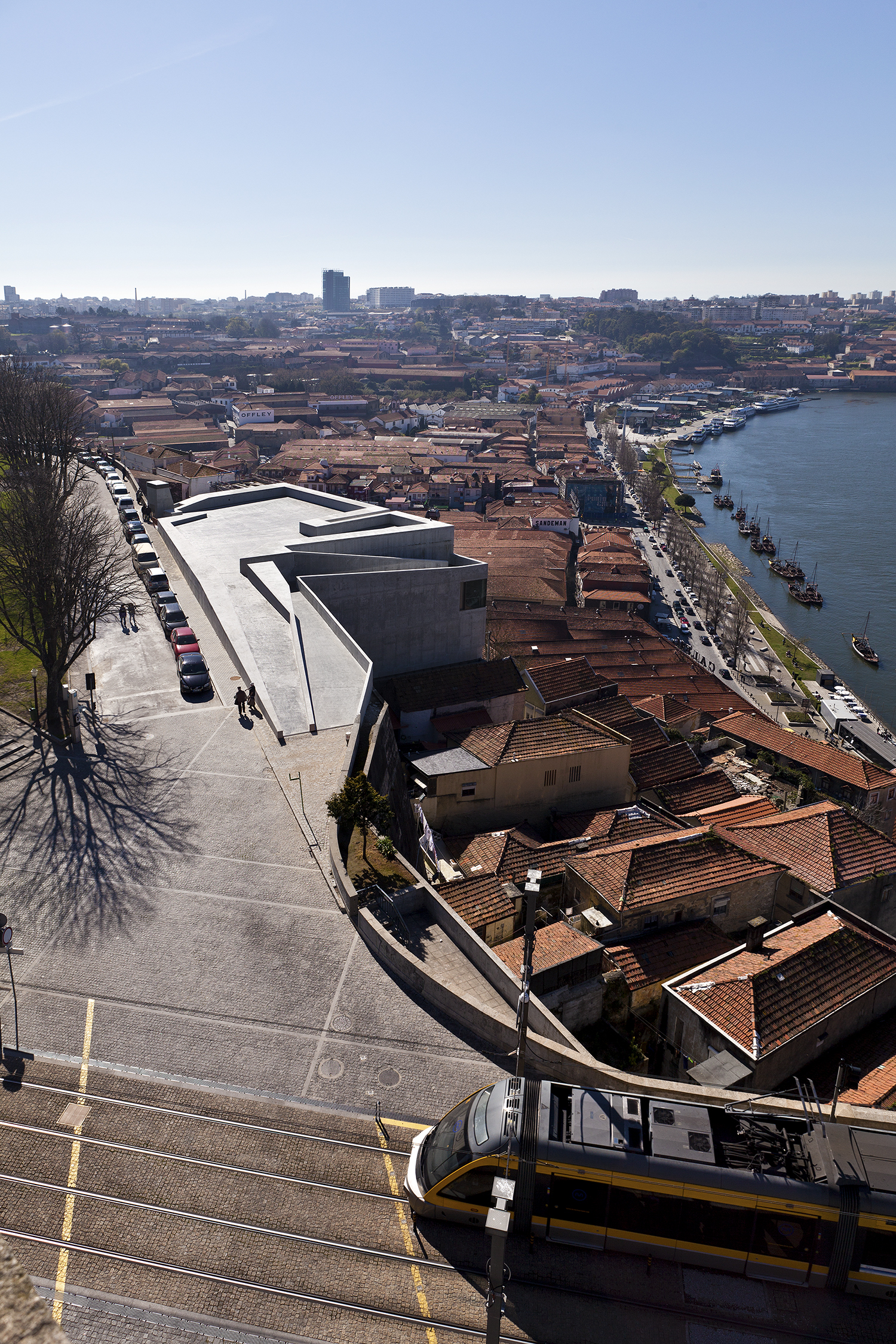 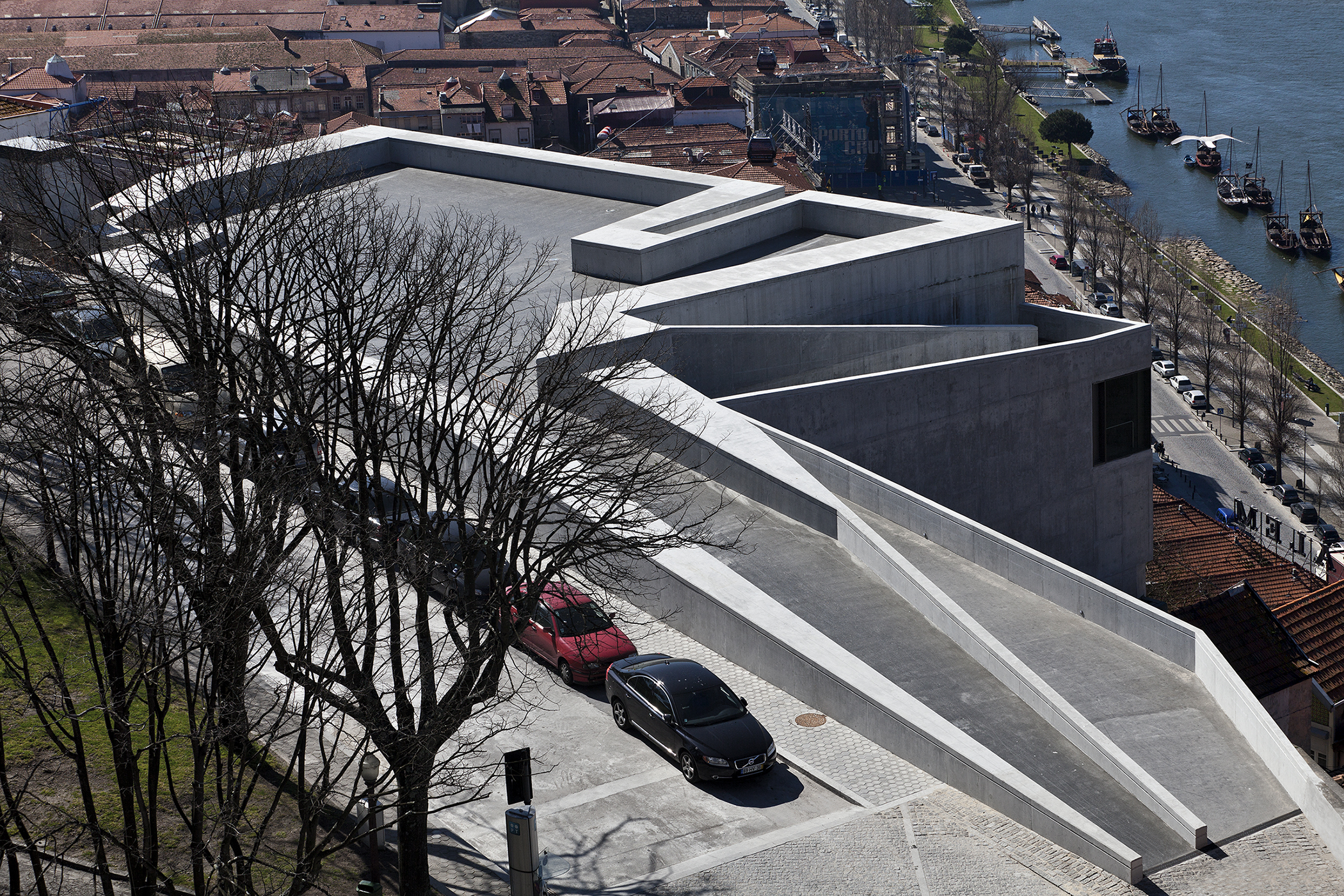 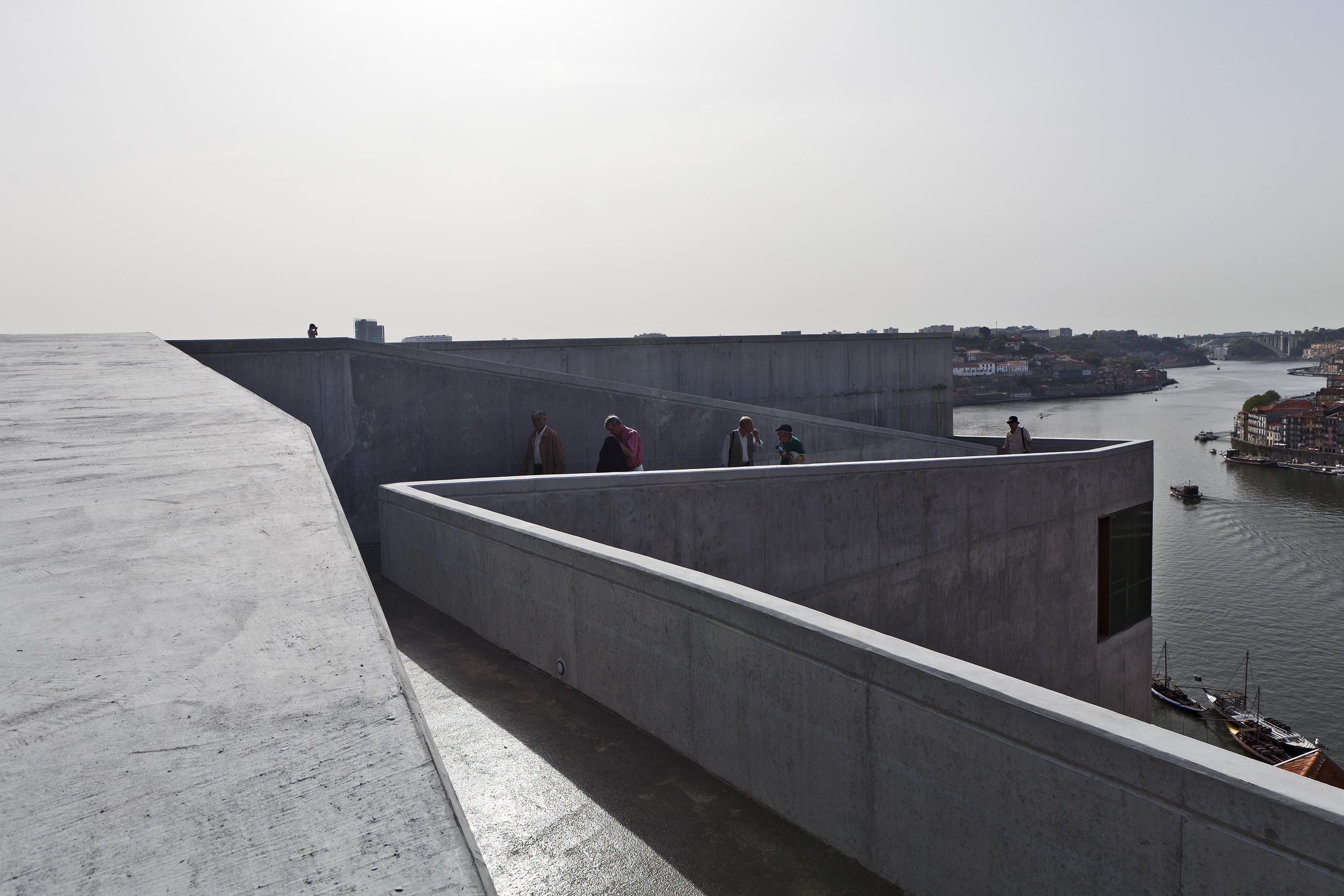 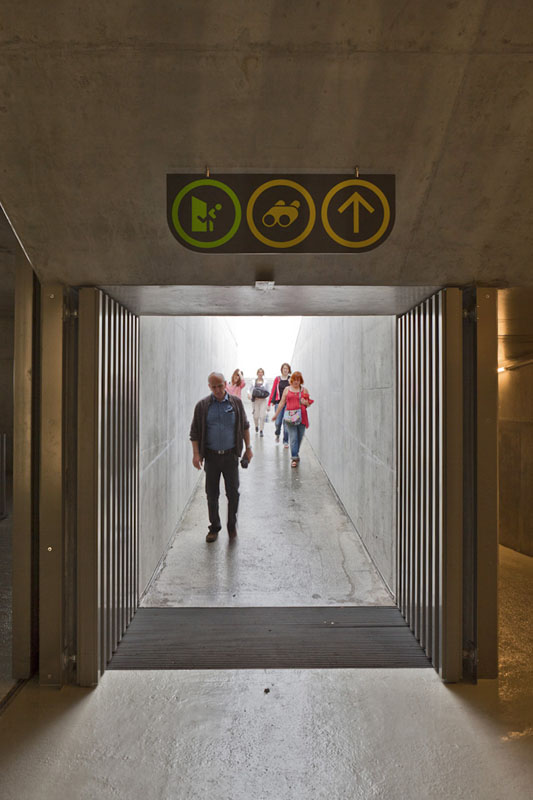 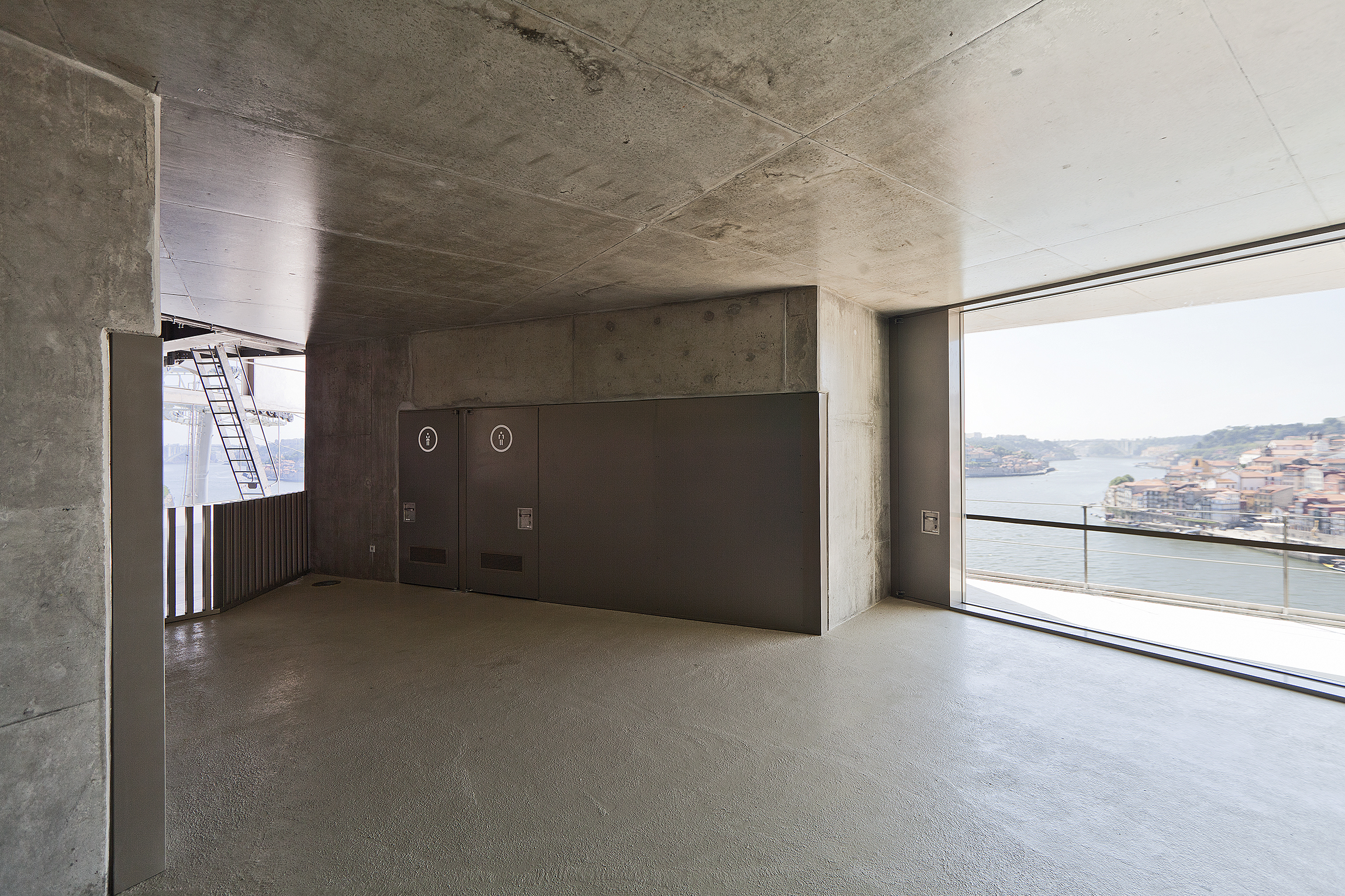 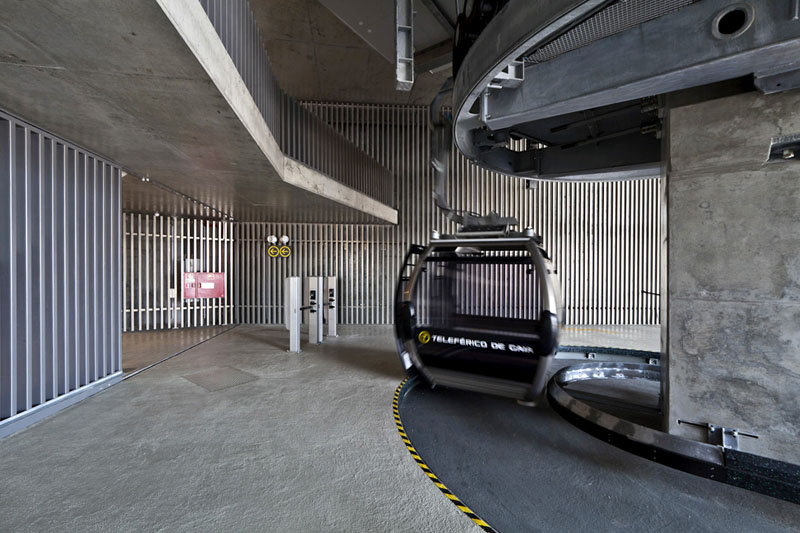 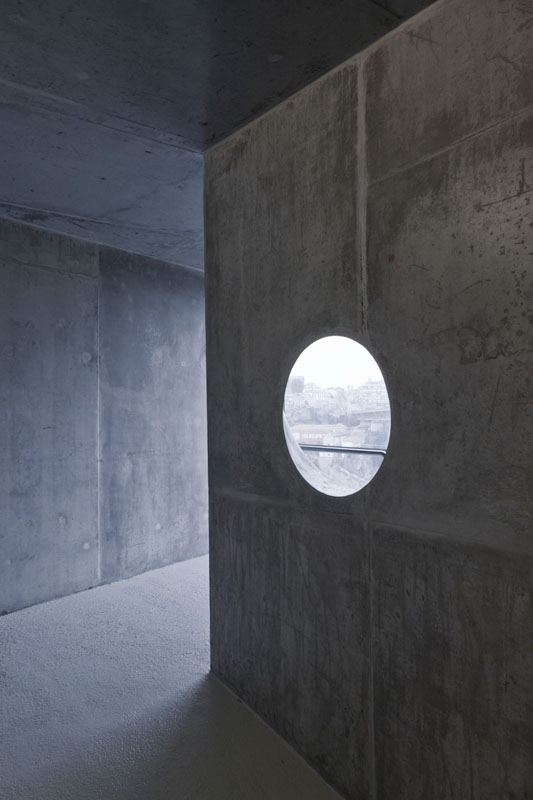 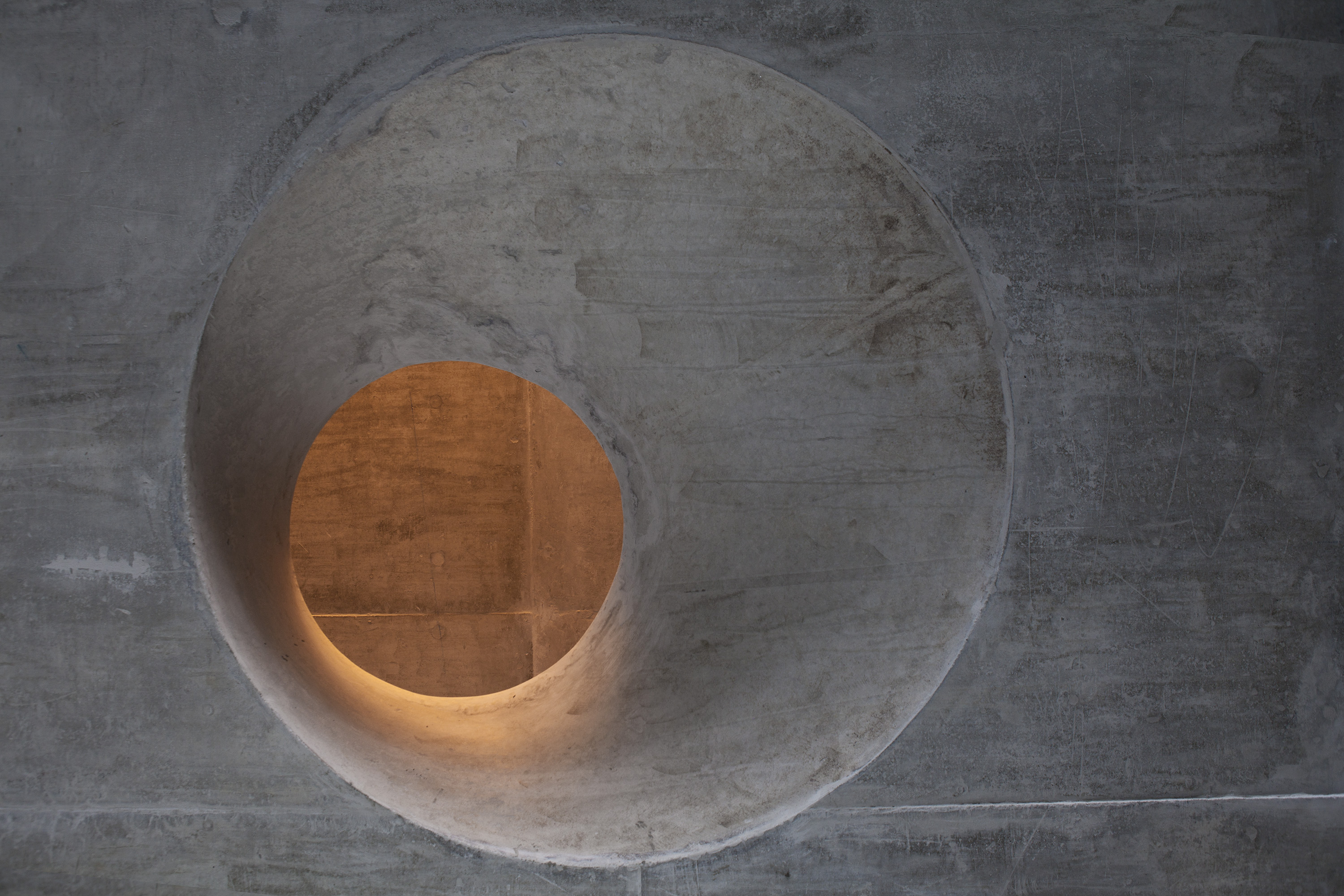 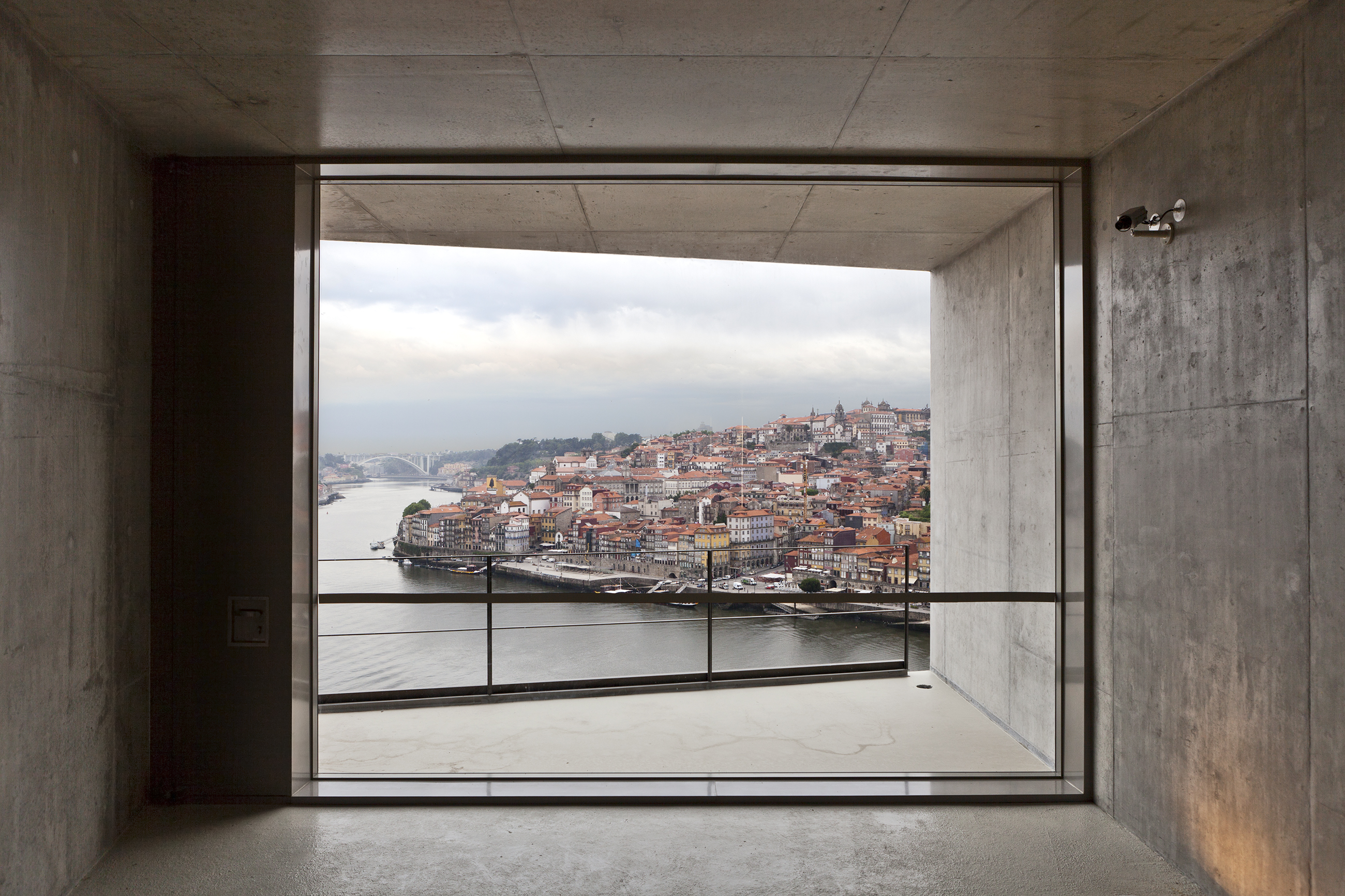