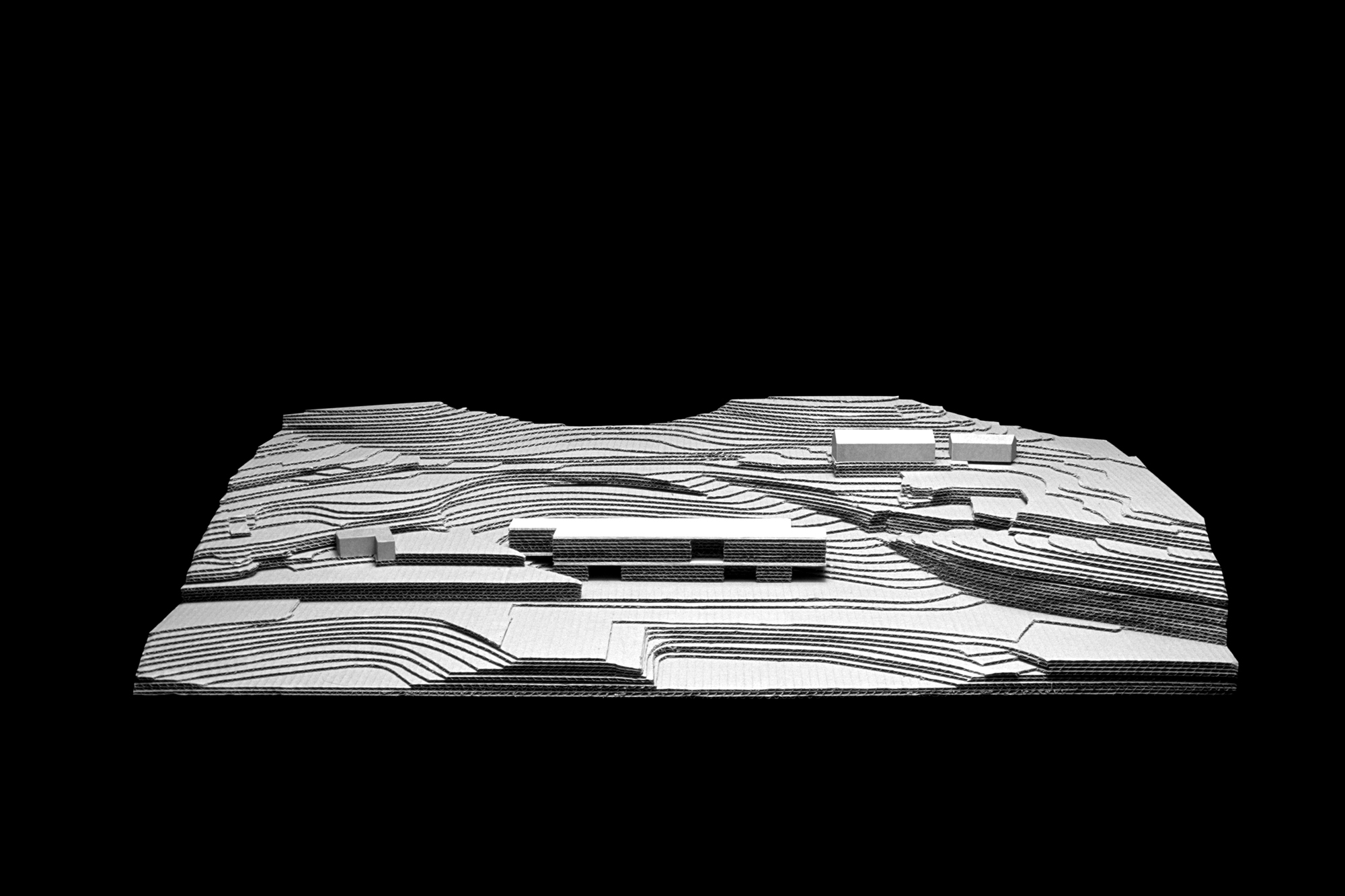 First prize in a competition organized by IPPAR – Regional Section of Porto, the Archaeology School project is located in the Archaeological Grounds in Freixo. The site for the school is in the southern part of the village, in the eastern slope of a hill with an accentuated over-hang.
The building lies low, at the same level as the archaeological site and faces the grounds as an amphitheatre.
The goal of the project is to superimpose a disciplined architectural format onto a shapeless uncharacteristic terrain,cancelling the importance the transport network has in the area.
The building brings together the outer limits of the site. It presents itself as a granite block with a distinctly longitudinal shape that takes the local landscape in consideration. The two rectangular-shaped solids, with the same size, slide against each other to adjust to the twisted nature of the terrain.
The ground floor has been removed from both buildings, creating two brackets that allow the shapeless ad sloped limits of the terrain to run through the construction. Thus, the building either holds onto the ground, transforming into rock as well as physical barrier, or sets itself free, becoming a crossing point.
The building is meant to have a relaxed language, informal and rural, like a large rocky mass dug out of the local landscape. 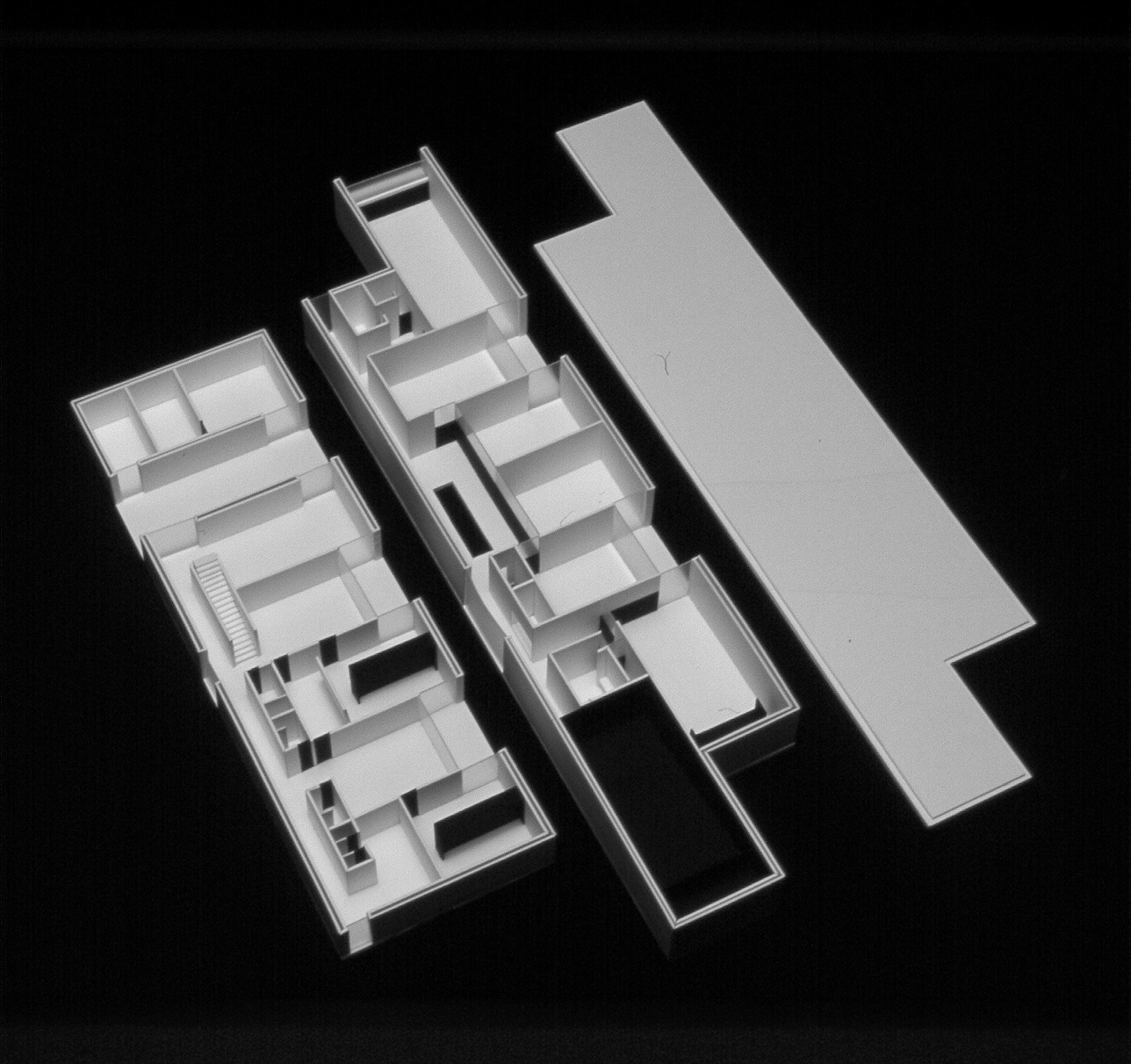 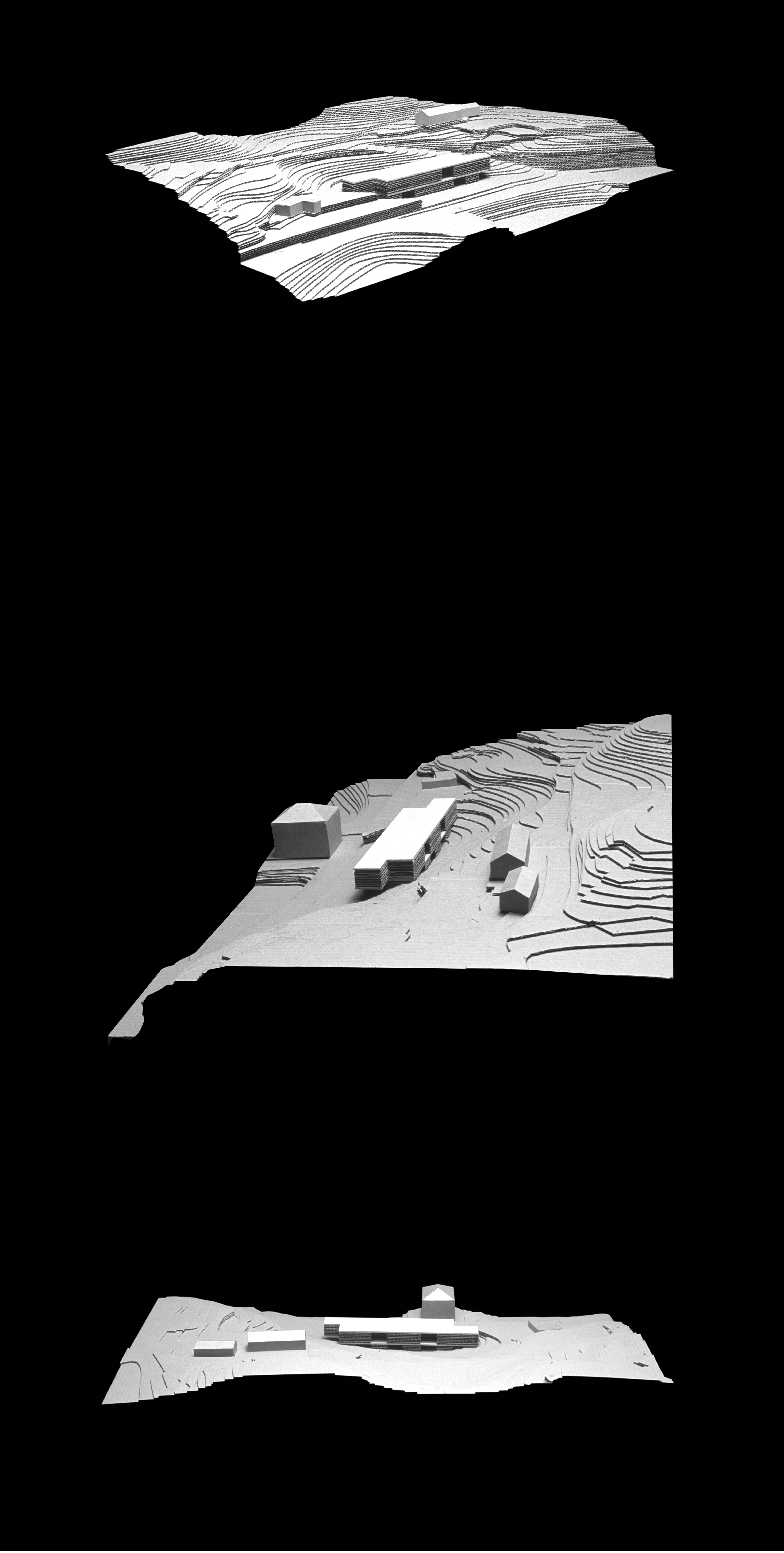 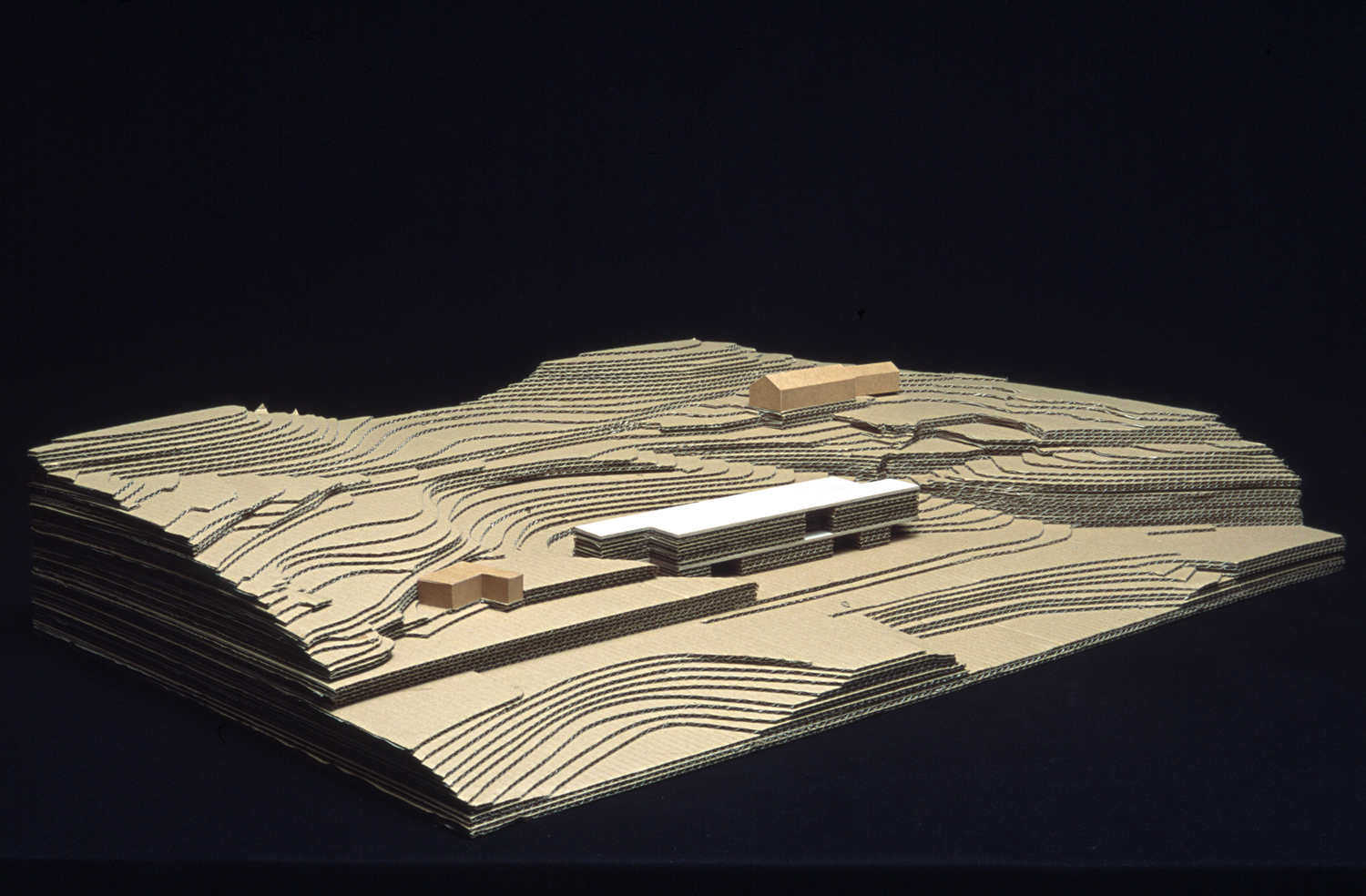 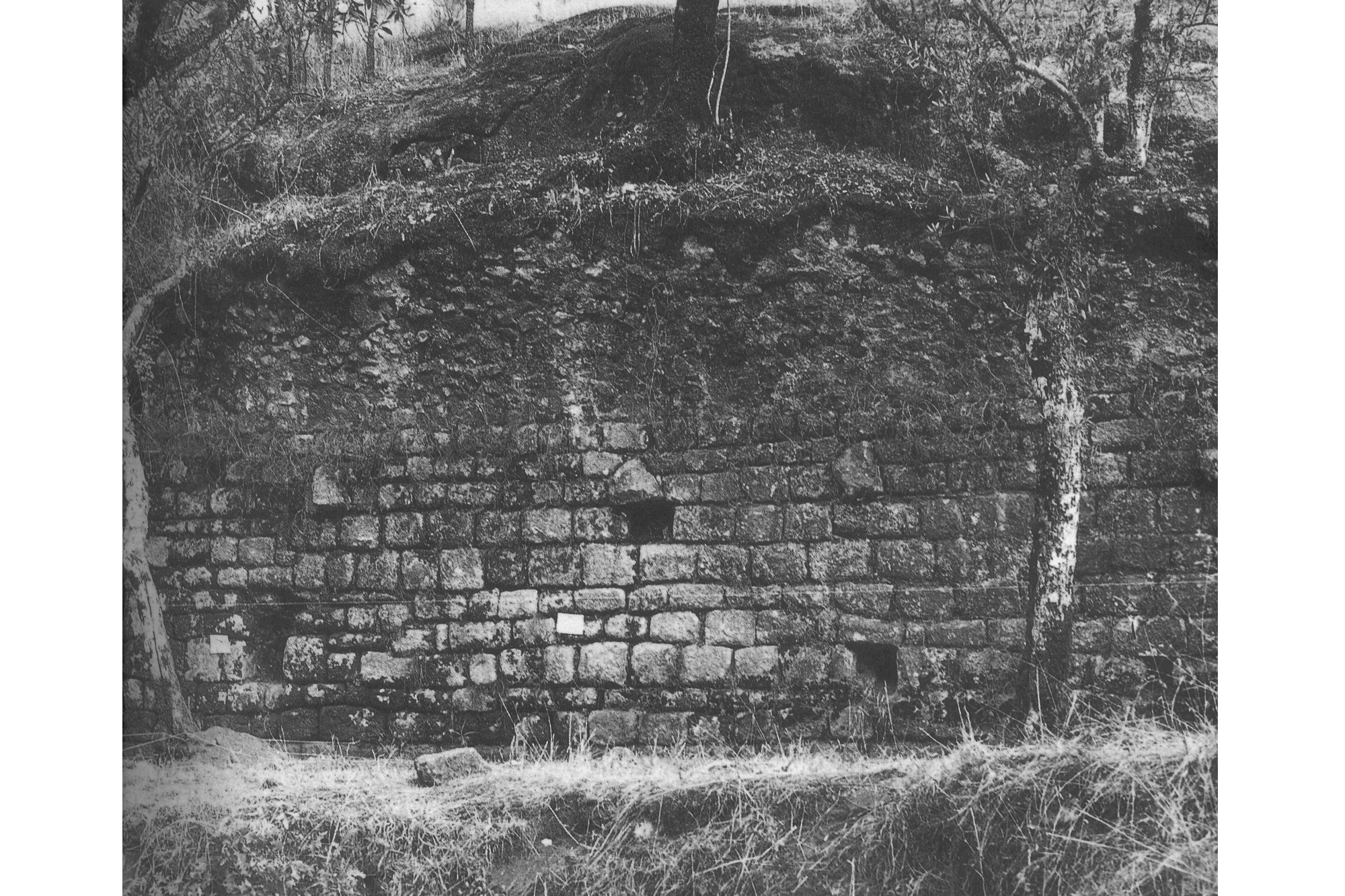 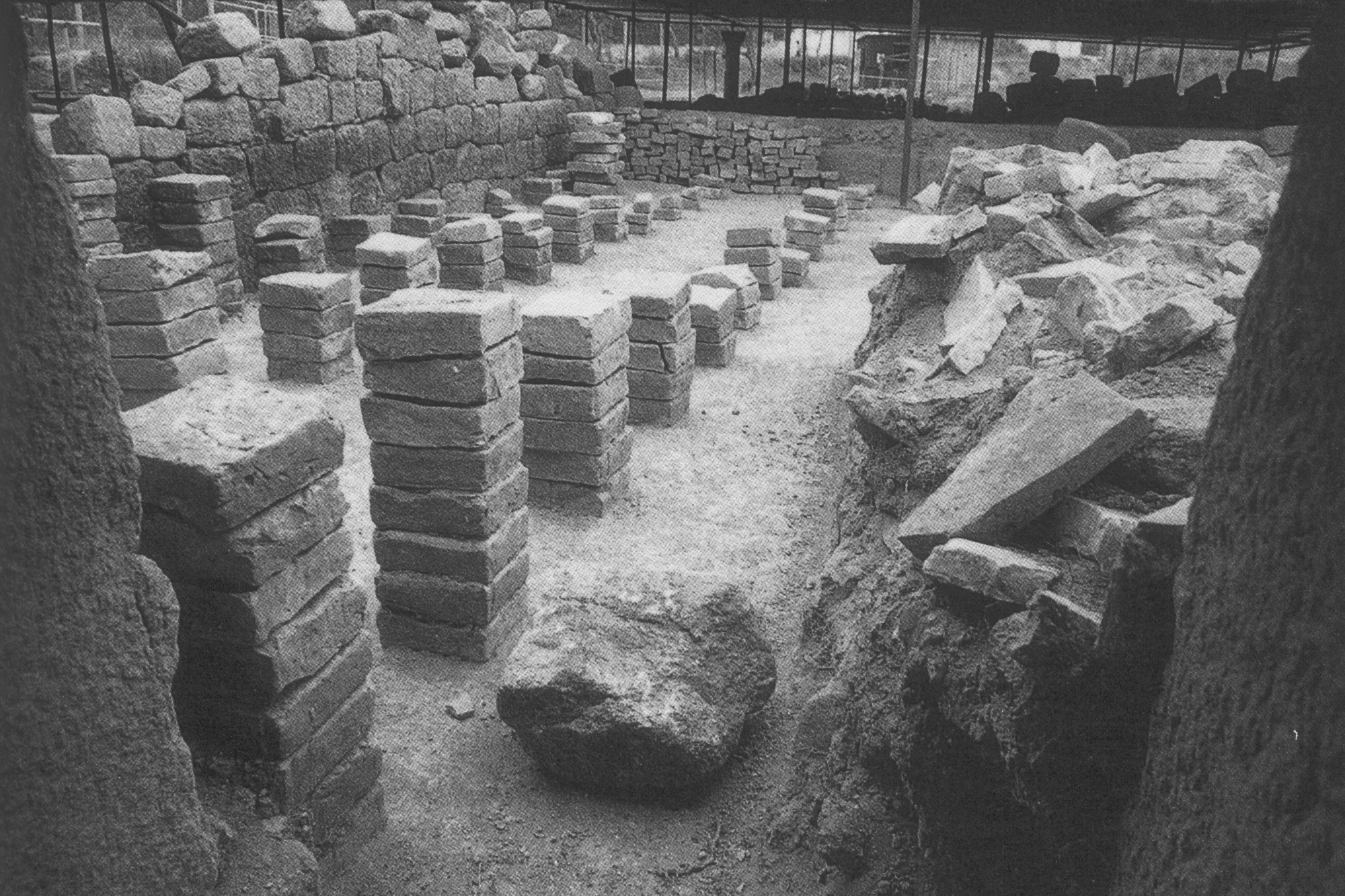