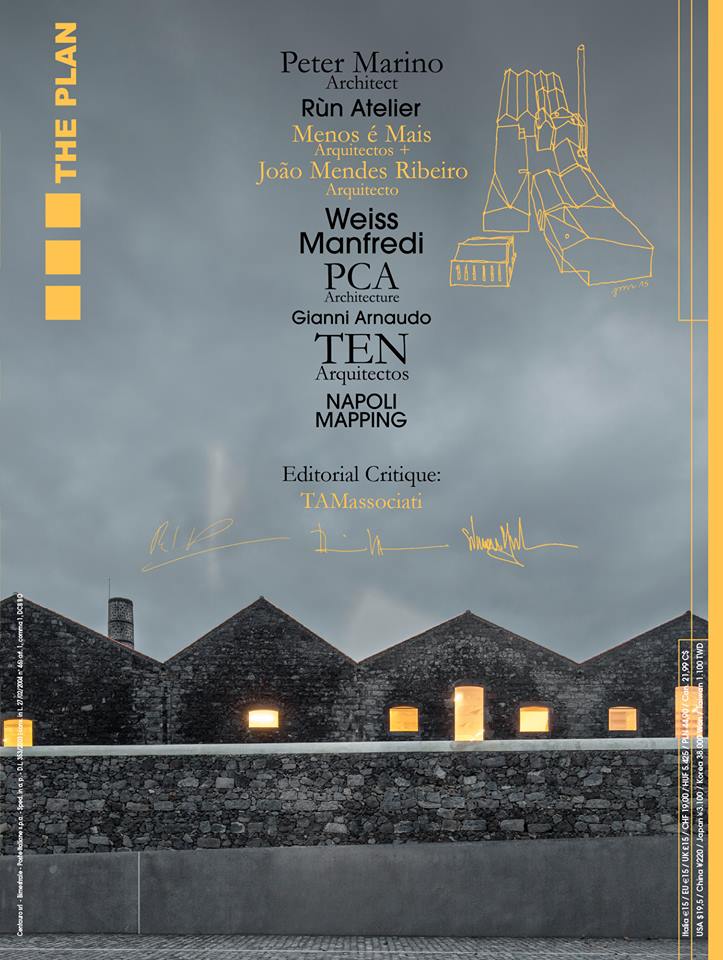 atlantic multimedia laboratory for the arts, science and society

This project at Ribeira Grande, situated on the north side of the principal island of the Azores archipelago, Ilha de São Miguel, has a demanding program.

The three architects who won the competition at the time - Cristina Guedes, Francisco Vieira de Campos, Menos é Mais (Moins c’est plus) Arquitectos office - were represented in the last Venice Biennale, ‘Reporting from the front” with the “Teleférico de Gaia”, Oporto, together with João Mendes Ribeiro Arquitecto from Coimbra office, they have worked seven long years (2007-2014) to realize it on the outskirts of Ribeira Grande in a disused alcohol and tobacco factory. Perhaps only the silhouette of the industrial complex as seen from the sea has remain intact.

In our time there are great number of comparable programs just about everywhere in the world from Beijing to Dia Foundation in Beacon USA via Zurich, Torino and the Prada Foundation in Milan more recently.

But in no other project the rawness and original materials and forms has been transformed so deftly to such rewarding effect. What gives the visitor such a thrill is indeed that so much has been achieved with such a limited means.

The project consists of two different elements, the fabric of the original factory in stone and the large additional construction in concrete. In the latter, basalt sand was mixed to create a new material which resembled the basalt stone with which the existing structure was erected at the time. The void in the middle of the site defines and connects the two elements. Of course the fabric of the old factory had to be augmented and in many areas completely rebuilt.

This strategy does add to the heterogeneity of the tissue of the “old” in the contrast with the “new” which is no longer experienced as such thank to the material composition. The smooth texture of the new structure mirrors the coarse character of the old stone structure held together, and very often rebuilt with slightly different color cement between the stones. While the principal galleries, library and offices are accommodated in the original structure the new buildings provide polyvalent performance hall (Espaço Polivalente), study spaces and residents artists studios. Inspired by the Schaubuhne in Berlin conversion (1975) of the Cinema Universum of Erich Mendelson (1927), here in the Arquipelago they have created a similar wood and steel construction, which allows infinite different configuration of the performance hall with relatively simple mechanical means.

Not only are we given the aura of bygone industrial era without a whiff of nostalgia but the thrill of transformation which is completely open to an unspecified future. Above all, the younger generation has been given a place in which they can enter into a Conversation with the entire world. What could engender dreams more than these multiplicities of stages and spaces, which are so inviting by being so reticence and by not asserting themselves at all?

This is no doubt, also the result of what has been known as the “Oporto School” in architecture’s culture of our time. All three architects have studied there. João Mendes Ribeiro, slightly older, worked with Távora, Cristina Guedes worked with Siza and Francisco Vieira de Campos worked with Souto de Moura.  They have all acquired their reputation in varied projects in the past, as it is the practice in Portugal, teams of younger architects are often invited to compete for larger projects, thus this team was selected to compete for this project.

It is the good fortune of all that there in the middle of Atlantic Ocean more than third of the way from Lisbon to Boston, there is this archipelago of islands whose elected officials with former president of the council, decided to invest their limited resources in such a project. As Spinoza wrote, excellence is as rare as it is difficult. In designing and executing this Arquipelago of Contemporary Art in Ribeira Grande, Cristina Guedes, Francisco Vieira de Campos and João Mendes Ribeiro have given us an incomparable gift. They where able to transform a sad and nostalgic site into a site which announces an unprecedented future and fosters uncertainties fearlessly.

Against the dark earth of volcanic origin with its ever-changing sky, being at the eye of the recurrent cyclones and under the threat of earthquake, this new project announces a thrust into the future, in the earth, as nothing else could offer.

This project assures the island of its place not only geographically but also in world culture with its repertoire of memory with palate of materials and colors. The white cube announcing the entry with its industrial chimney in tact announcing its past and its future. The relationship between natural light and architecture is always essential, but in these dark absorbing surfaces this relation acquires unprecedented depth. Just as the conventional outline of the old factory is played against the outline of the new, much to our surprise they reinforce each other. The just measure make the invisible idea of the good visible again.